Ruth Chanda Simuyemba is the Head of Human Resources for Standard Chartered Bank Zambia, the most profitable Bank in the Zambian market (2016). She holds a Bachelor?s degree in Economics; an MBA from the University of Leicester with HR qualifications from tertiary institutions including Cornell University. Ruth previously worked for PricewaterhouseCoopers as a Management Consultant and later at the United Nations Devloment Programme (UNDP) as an HR Officer/Learning Manager. With UNDP, she had short term assignments in their Malaysia and Zimbabwe markets. As HR Head for SCB Zambia, she has had the opportunity of overseeing the HR Botswana and Mauritius markets periodically. Ruth is on the Bank?s Africa and Middle East Management Accelerator Programme. She also is on the A-List (Africa List) managed by CDC Group. She currently serves on the Board of National Institute of Scientific and Industrial Research and the National Remote Sensing Centre.


Buumba Malambo is a dynamic Humanitarian aged 24.She is a social work graduate from the University of Zambia who began her charity at age 16.At age 15 she was already involved in charity volunteer work with Judith Chikonde foundation and participated in the maize distribution project where she was donating maize meal to the people of Mupambe village during the typhoid outbreak in 2007, hence her appointment as Mufulira Youth secretary by Mufulira Town clerk at age 15. She is the youngest serving member of the Ministry of Gender and Child National co-ordinating committee and has over the years worked with the Ministry of Child and Gender to organise events related to children such as the International day of a girl child, Day of an African child, Children rights day and Child Labour Day. Her Charity is currently working on a project to stop early marriages in rural Zambia with the help of the Ministry of Gender and child and the Ministry of Education. Her charity which is registered in Zambia and Britain currently has 435 children on the sponsorship programme ever since she launched the project in March 2015.Through her charity she has collected over 15000 clothes, toys and shoes from the University of Zambia, colleges, individuals and Radio phoenix Helpline project which she put in her charity shop or donated to the most in need. Her Humanitarian work has given her the privilege to be on great platforms like the Queen young leaders advisory panel where she met the Queen at Buckingham palace in June 2015.In addition she was the first and youngest Zambian to win the Women4Africa award 2015, Africa Arising award 2015, Zambia Woman of the year awards 2016,Mwape Peer award 2015 and the African international Achievers award 2014, Zambia Woman of the year 2016,Voice of Youth Africa award 2013 in London, Nigeria and America respectively. Apart from that she has participated in many child advocacy platforms around the world. Due to her contribution to the Education sector in Zambia she was selected to meet the president of Malta during the Commonwealth Youth council meeting to seal the gap and make collaborations of youth activities between Zambia and Malta. She was also selected to represent the youths during Guy Rider (International labour organisation) first visit to Zambia. Her charity has four projects currently running Mwana Apunzile sponsorship programme where people choose a child and support their education. (2) Sewing a future project for young mothers where they sew and make crafts that are sold locally and internationally to help raise money for them to support their children?s education (3) currently through the traditional leaders her Charity was given land to Build a Community school, resource centre and develop a farm in Gelemiya Village where children walk kilometres to the nearest school and the farm project which will assist in food production as some children in the areas she is working die of hunger (4)Pop a Future project where young people are empowered with employment through skills, ICT and popcorn machines. 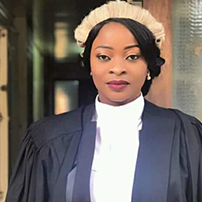