Besides Mathematics, she is also passionate about developing instructional writing systems to facilitate individuals learning English. Geared towards English as Second Language learners, this efficient system enables individuals to write and communicate confidently and effectively within a short period of time.


Muriel de Saint Sauveur has created her company for women empowerment ?WOMEN MASTERCLASS?. She is an expert in personal and corporate communication (just under 40 years? experience), and a gender diversity specialist, author of a book: ?A women?s World, a better world??, (translated into French, English, Russian and Chinese), and of several surveys about Generations of men and women. She is also an organizer and facilitator of forums and a guest speaker in many international women?s forum. After having travelled in more than 30 countries, she decided to share her experience with other women in order to give them the tools to empower their lives. The training she created will allow women to understand their values, commit to their professional choices, develop increased self-confidence, create networks, respond to discrimination and develop in the workplace by becoming true leaders. She started her trainings in Morocco, Belgium and Benin and has decided that each time she will sell one training she will give one free for an NGO or school working for girl?s education.


After modern literature studies, Marie-France Cardonna-Dur?ault worked as a French literature teacher. Then she joined the National Institute of Pedagogic Research in Paris in which she was an editor in the ?Revue fran?aise de P?dagogie? and she made investigations on the European Research in Education Sciences for the European Council. Then she made a thesis in Education Sciences on the subject :?Teachers and Innovation? and she became interested in the education of immigrant children of the second generation. She carried on with her career in the ?Chambre R?gionale des Comptes du Nord-Pas-De-Calais? in charge of Documentation Studies. Then she joined the French Ministry of Culture in which for 10 years she ran the Documentation Centre of the French Museums and the Documentation of the International ICOM as well. At present though she has retired she carries on activities for the ICOM. She is particularly interested in new technologies and their implication in the development of a more inclusive society


Claire is passionate about creating connections, generating success and goodwill? A multicultural background taught her to appreciate diverse styles and viewpoints, and facilitated her education at Cambridge and INSEAD. An early career in fashion and retail across Asia helped to develop her sensitivity to talent, and everything she has done since is linked to people. From headhunting, through cross-cultural training, to coaching, she helps people to capture the abundant gifts they have inside, and to create their own success. Claire writes articles on talent, and is the author of ?Your First Graduate Programme?, to support recent graduates through their job search. Another book follows, called ?Disrupt Your Career?. She lives in France, with the younger two of her four children, and enjoys skiing in the nearby Pyrenees and scuba diving in tropical waters when she gets the chance! She welcomes the opportunity to use her eight languages, and is available for projects and speaking engagements w


Naima Korchi, a Moroccan and French citizen, is an international lawyer. She is a former United Nations staff member and now an international consultant. She is advocating as NGO leader for women?s rights and as such, she is a regular speaker at international conferences all around the world. Among other humanitarian activities, she recently founded the Africa Women?s Forum to enhance the Africa women leadership and promote their visibility internationally. The Forum gather each year key leaders from all field in Africa and beyond. She also advocate for a leadership taking a better consideration of people culture and identity. She also directed workshop for top officials on women capacity in key positions. Then she is among the first one to manage, in North Africa, seminars on women and peace building. As an international strategic Manager, she advices administrations, NGO?s, international firms on legal issues and international development. Naima speaks four languages. 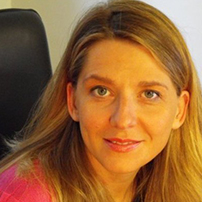 
Laure Kaltenbach is Founder & Managing Director at the Forum D?Avignon 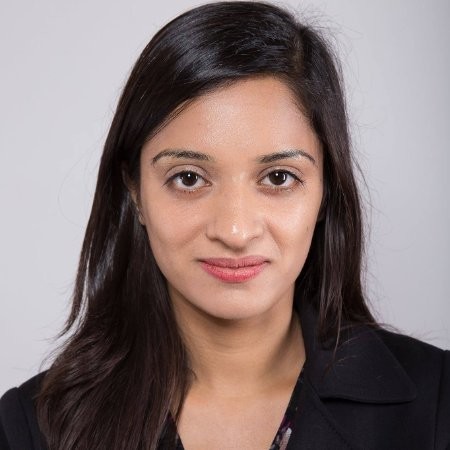 
Dipty Chander, born August 22, 1993, is currently a very young female developer as well as the president of the E-mma association but also a leader in the IT world. She fights with her association to improve diversity in technology. Coming from a middle class family, she studied at the french high school international Honor? de Balzac where she discovered her passion for computer science and programming. Despite a poor average in mathematics and advised against by her guidance counselor, she will enroll on her own at the Epitech computer science university. She did 5 years of computer science there until having her master?s degree in Information Technology. It was during her third year that she took over the presidency of the E-mma association, which was only having 10 members in the team .Through the E-mma association, she wants to make the technology accessible to everyone, thus in the pursuit of having more girls in this field. Having her as the head, the association will grow, becoming an international association with more than 16 branches and she developed internationally the programs proposed to increase the efficiency of the association all around the world with the support of 500 members in her team today. She works continuously with training teams, also called E-mma IT teams, tasked to supervise and raise awareness among childrens during the workshops and use the tools provided to help enhance their comprehension of coding. At the same time, Dipty Chander will continue to develop its influence in the world of tech by participating in several interviews, conferences and TV shows to share her vision of the tech world and the crucial importance to make technology a more diverse place.


Alvine Tr?moulet is Inclusion Lead Europe at Pfizer. She leads the execution of the Pfizer?s D&I global strategy at the European level. She advises leaders and colleagues and other key stakeholders on the business benefits (financial and non-financial) of Diversity (visible, invisible and cognitive) and Inclusion ? for a more sustainable organization. Communicator, employee engagement specialist, intrapreneur and a constant learner, she very much likes the concept of corporate activism in alignment with the UN?s Sustainable Development Goals. She truly believes that companies have a role to play in our societal challenges.