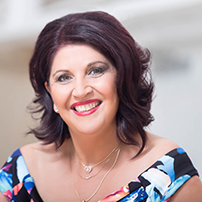 
Shar Moore is a renowned Keynote Speaker, Multi-International Award-Winning Mentor, Author and CEO/Founder of YMag?, the first National publication of it?s kind dedicated to empowering YOU to find your ?Y?, your purpose and passion in life. Shar has dedicated her life to helping people realize their innate abilities and overcome the obstacles to success many of us put in our own way. She is an accomplished, compelling and much sought-after speaker, helping people build or re-create a business from the ground up in order to finally enjoy the success and happiness they deserve. Shar explains how to break out of the endless treadmill of despair, depression, and living from one paycheck to the next with no hope of enjoyment. She uncovers the secrets of highly successful entrepreneurs to help her audience find and live their true purpose in life.


Stephanie Woollard is an award winning Australian social entrepreneur known for founding enterprises with social impact, such as aid organisation Seven Women, her tour company, Hands on Development and the Kathmandu Cooking School. Stephanie inspires people to adopt responsible business practices as the demand for ethical production booms in conjunction with the proven positive impact of social enterprise. In 2016, Steph was awarded the ?Rotary International Responsible Business? Award at the United Nations Headquarters in New York for her work. Steph began Seven Women at 22 after visiting Nepal and meeting seven disabled women making soaps and candles in a tiny tin shed. Being disabled, the women were ostracised by their community and lived in dire poverty. Steph, driven by the injustice of what she had experienced, paid $200 for trainers to up-skill these women empowering them to sell products abroad. 10 years later, her organisation; Seven Women, has trained and employed over 5,000 disadvantaged women in remote Nepal. Her tour company; Hands On Development, has taken hundreds of people from around the world to Nepal, and now aboriginal Australian communities, where people have the opportunity to learn, connect and contribute to; creating real and lasting change. Steph?s vision underpinning all her work, is to create a more tolerant and compassionate world knowing that this is possible in our lifetime if everyone uses their ability to make a difference within their capacity.


Mrs Rinehart was born in February 1954 in West Australia. She spent her childhood between the Pilbara, in north-west Australia, where she lived with her parents, Lang and Hope Hancock, on large sheep and cattle properties in the remote and rugged iron ore region, and boarding school at an Anglican girls? school in Perth Since becoming Executive Chairman of the Hancock Prospecting Group (HPPL) in 1992, she has been responsible for the protection and substantial growth of the company group. She applied for tenements at Roy Hill in West Australia, shortly after assuming her chairmanship, and later also the Alpha and Alpha West coal tenements in Queensland, together with adding to the company?s initial minor holding in Kevin?s corner. The earlier company holding in Kevin?s corner being too small by itself to be able to base a project given its long distance from the coast and the vast infrastructure required. Mrs Rinehart has also continued to expand the pipeline of future projects for the HPPL group, including: In 2007, Mrs Rinehart entered the Jacaranda Joint Venture Alliance, which has applied for additional tenements and holds tenements across Australia (uranium, lead, zinc, molybdenum, gold, diamonds and petroleum). HPPL manages the joint venture alliance. In 2011 and 2012 entering joint venture interests in extensive prospective coal tenements in Queensland, which HPPL also manages. But the focus of her efforts and investments since becoming Executive Chairman has been on Hope Downs, taking these tenements from a status of temporary titles to state agreement, then undertaking extensive expenditure and exploration and studies of them and undergoing an enormous approval process to building three mines and related facilities ? Hope North, which commenced in 2007; Hope South, which commenced in 2008; and the nearing completion Hope 4 mine. This being in conjunction with JV partner, Rio Tinto Iron Ore (RTIO) since July 2005.


Catherine "Cathy" Engelbert is an American business executive. In February 2015, she was named the Chief Executive Officer of audit, accounting and consulting firm Deloitte LLP, the United States member of Deloitte, effective March 2015. The selection made her the first female U.S. CEO of a Big Four firm. News media outlets, including The Wall Street Journal highlighted Engelbert's appointment as cracking the "glass ceiling? CEO of Deloitte, Cathy Engelbert leads one of the largest professional services organizations in the United States and is responsible for nearly 80,000 professionals. Deloitte professionals provide audit, tax, consulting and advisory services, and serve over 80 percent of the Fortune 500, producing measurable and enduring impact on behalf of clients, people, communities, and society. Since 1986, Cathy has had a distinguished career serving large and complex global clients. She previously served as chairman and chief executive officer of Deloitte & Touche LLP, where she led the U.S. audit practice. Cathy is currently a member of Deloitte?s Board of Directors.


Lynda Dyer Msc, is one of 58 people filmed for The Secret because she applies her material to her life and cured herself of the debilitating disease of Lupus. She is a Certified Professional Trainer of NLP and a Master Trainer of Matrix Therapies. She is an International Speaker, transformational Coach, Cast Member of Living Consciously TV Show, and International Best Selling and Award Winning Author of 10 books including ?Age is an Attitude?, ?You Can Make it Happen Now?, ?Healing Your Immune System?, ?Create Confident Kids?. Lynda is presently writing her 11th book. She has assisted the earthquake victims in China by translating 5000, copies of her book ?Good Grief? and delivering them personally. She sponsors a village in Uganda, Africa and is presently assisting orphans in Vietnam. She doesn?t just live with the motto that ?You Can Make it Happen NOW?, she is writing, training, coaching and living her material every day.