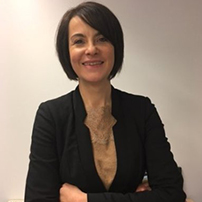 
Claudia Selli is the European Affairs Director of AT&T International External & Regulatory Affairs. Her main task is to advocate AT&T positions in Brussels towards the European institutions as well as in other European Member States, particularly Germany and towards ICANN. Claudia is as well Chair of the Digital Economy Committee at the American Chamber of Commerce to the EU. Prior to joining AT&T, Claudia Selli worked at the European Commission, DG Information Society where she was responsible for the relations with the European Parliament. In the past she also worked in the European Parliament. Claudia holds a master in International Politics from the ULB University and graduated at ?La Tuscia University? in Viterbo, Italy. 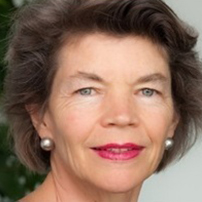 
Megan Richards is Principal Adviser in DG Communications Networks, Content and Technology (CONNECT) of the European Commission. She has Bachelor of Science, Bachelor of Laws and Master of Public Administration degrees. She has worked for the United Nations Development Programme (UNDP) in Africa, the Inter-American Development Bank in Washington, the Government of Canada, and private law firms. In 1991, she joined the European Commission and has worked on programmes to support SMEs, research and innovation, including regulatory, legal, financial and contractual issues. From September 2006 ? April 2009 she was Director of Resource Management in the Commission?s Joint Research Centre, and as from May 2009 has been in DG CONNECT, holding positions of Director of General Affairs, Director of Converged Networks and Services, Director of Coordination, and acting Deputy Director General before taking up her current position. From 2013-2014 she was the EU Fellow at the Weatherhead Center for International Affairs at Harvard University. She is currently responsible for Internet Governance issues. 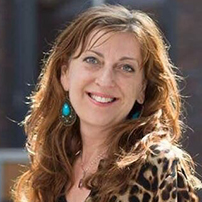 
Sandra Deakin is a global inspirator, TV and radiojournalist and presenter, writer, public speaker and teacher. She is the daughter of a Belgian mother and a British father. She started her own radioshow when she was 14 years old. Since then she has been a radiovoice on different national and regional stations in Belgium. Today you can hear her voice on the Belgian national radio 2 (1,3 milion listeners) Sandra also produced and presented several televisionshows on the Antwerp regional television (1 milion viewers ). Her speciality has always been lifestyle and consciouse living. She has written 2 lifestyleguides. Her first international creation was the online interviewseries on famouse women living an enlightened life?Celebrate her.? This series has been lifechanging for half a milion women worldwide. As a global teacher Sandra guides people from all ages worldwide how to live from their true essence and become a creator of their own life. She gives practical tools how to master your thoughts, emotions and connect with the deeper healing and rejuvenating part of your body. Sandra teaches women and men how to connect with their senses again. Especially her women?s circles where she opens a gateway for women to rediscover their sensual and sexual power have been very succesful in Belgium, Italy and Israel. Through her seminars and public speaking she has reached allready hundreds of people in Holland,UK, Italy, Romania, Israel and Morocco. She herself has lived every word she shares in her teachings. Her belief is that only by living in your body you can come home inside of yourself and embody who you really are. And once you start embodying who you really are, you can become a creator of your own life. At this moment Sandra is working on her own u tube channel which offers viewers a more enlightened way of living inside and outside. 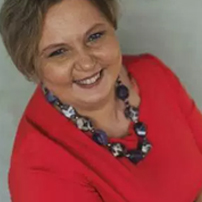 
I?m from Poland and I came to Antwerp in 1996 as an au pair. I was learning languages (English and Dutch). I fell in love with Belgium and so I didn?t go back to Poland! I stayed and I met my present husband, and also found a job with Colruyt: I started as a saleswoman and went on to become a department head. After 12 years I stopped. I experienced depression and burn-out so I decided to do something else. I opened my own shop selling leather bags in the centre of Antwerp (on the Nationalestraat). It was a struggle to work there at the time when the city was rebuilding that area. I was always working with people and for people, so when one day I opened email and workshop /certification for life coach popped up, it felt like a calling.