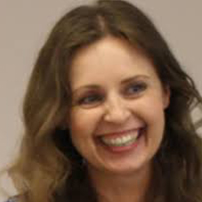 
Andrea Koblizkova, PhD. is the vice-rector of the University of Pardubice, Czech Republic Her background, combining management, marketing and English studies brought her naturally to the issues of communication important to professionals in business, including socio-pragmatic aspects of intercultural interaction. For fourteen years she worked as the head of the Language Centre of the University of Pardubice. As the member of the Executive Board of the European Confederation of Language Centres in Higher Education (CercleS) and the chair of the Committee of the Czech and Slovak Association of Language Centres, she has been involved in the issues of tertiary language education and language policy in international context. She ran several European and numerous national projects and has been active in intercultural research.


People often talk about their achievements, but rarely discuss the motivation and drivers that took them on the journey to such accomplishments. Rather than viewing life as a series of endings, Kamila believes the journey is just as important as the end. Specifically, ongoing learning and involvement in diverse interests are opportunities to enrich one?s understanding of others and the world. On her journey so far, Kamila has played professional volleyball, achieved a PhD in Marketing and Business Management and lived in five countries on three continents far away from her home city Bratislava in Slovakia. Simultaneously, Kamila has built a strong career with AT&T based on constantly striving to make a positive difference to her teams, the company, and the people AT&T serves. In her current role, Kamila leads an operations team with around 200 individuals, focused on enhancing AT&T services and transforming the way the company serves its customers. As part of her ongoing journey, and helping others with their own, Kamila is focused on constant learning and development, including mentoring of groups and individuals. Kamila believes that intelligence, personality and capacity are something that can change, depending how much one wants it to. As a member of the board of the AT&T EMEA Women?s Network that brings around 600 members together, Kamila focuses on helping them to learn and grow, personally and professionally. 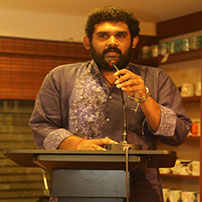 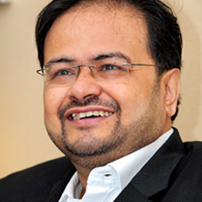 
Debashis Chatterjee, who was the director of the Indian Institute of Management, Kozhikode, (IIM-K) during 2009-2014 is returning to the post for a second term. The post had been lying vacant for nearly four years. Besides, the IIM-K also becomes the first institute to appoint its own director autonomously after President Ram Nath Kovind gave assent to the Indian Institutes of Management Bill, 2017 on December 31. Dr. Chatterjee has been credited with admitting more than 50% women in its flagship postgraduate programme. A search-cum- selection committee had cleared his name three times and he was the front-runner for the post. However, the Union Ministry of Human Resource Development had kept his appointment in abeyance despite mounting criticism from academics against the selection of IIM Directors through the committee, a system introduced by the BJP-led NDA government. Newly appointed IIM-K chairman A. Vellayan during the convocation ceremony last month had declared that the utmost priority of the governing body would be to appoint of a full-time director for the institute. Kulbhushan Balooni, the senior-most faculty member, had been holding charge of the director all these years. The new law granted statutory powers to the IIMs in their running, including the appointment of directors and faculty members as well as powers to award degrees without the interference of the government and bureaucracy. An official release said that Dr. Chatterjee was the architect of IIM-K?s rapid growth from a relatively obscure school to a globally accredited institution of national impact. He has been a Senior Professor and Dean (International Relations) at IIM Lucknow and is currently serving as the Director General of International Management Institute, Delhi, overseeing its three campuses. He handled the leadership classes at Harvard University and at the IIMs, Calcutta, Lucknow, and Kozhikode. He has been awarded the prestigious Fulbright Fellowship twice for pre-doctoral and post-doctoral work at Harvard University. Dr. Chatterjee is also the author of seventeen books, including Invincible Arjuna, and Timeless Leadership. He has served as the dean of an international business school in Singapore. A prolific author, inspirational teacher and columnist, Dr. Chatterjee has served as independent director on the boards of several multinational and Indian companies. 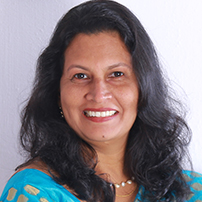 
Currently the CEO Infinity Hospitality Service, focusing on Tourism, Consultancy and Training. Has 25 Years of experience in the hospitality industry including all the key positions such as Sr. General Manager, General Manager, Corporate Sales & Marketing Manager, Banqueting Reservations and Front Office Certified Independent Women Director, External Member of ICC of Muthoot Fin Corporation, Kochi, Chairperson ISTD The Taj Group of Hotels, the Wonderla Group, Flora Airport Hotel and the Ramada Resort and Riviera Suites, are some of the business names she contributed to immensely, responsible for key areas as a business head responsible for profitability and customer delight of business in different areas. The longest journey in the Hospitality and Tourism sector began when I joined Taj Group of hotels in 1989. Positions held as the Manager Banquets ? Conference Co-ordination and Sr. Sales Manager, in the 18 years that she spent with the Taj Group.