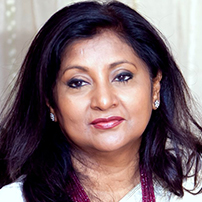 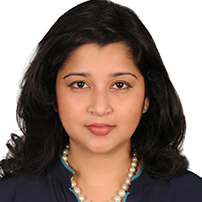 
Zareen Mahmud Hosein is the Founder and ED of HerStory Foundation. The organization focuses on empowerment of women and girls in Bangladesh through art, story-telling and capacity building. She is also the Founding Partner of Snehasish Mahmud & Co., Chartered Accountants. Ms. Hosein is the Editor of the book HERStories: Adventures of Supergirls, a collection of 20 illustrated stories of homegrown real life supergirls from Bangladesh, which is currently in its second print. Recently Ms. Hosein as part of the HerStory initiatives has developed an online portal on technical and vocational education and training for women in Bangladesh, which is to be launched in the third quarter of 2018. Ms. Hosein serves on the Board of the Aga Khan Foundation Bangladesh and is the Treasurer of Ghashful, an NGO focusing on women and child welfare and microcredit. She is also the Co-Chair for Global Student Entrepreneurship Award of the Entrepreneurs? Organization Bangladesh. Ms. Hosein started her career in New York City Mayor?s Budget Office and then worked in KPMG LLP in New York before moving to Bangladesh. She has a BA in Economics from Smith College and an MPA from New York University. She is a Certified Public Accountant and a Fellow of the Institute of Chartered Accountants of Bangladesh.


A career diplomat by profession, Mr. Kazi Muntashir Murshed is the Assistant High Commissioner and Head of Mission in the Bangladesh Assistant High Commission in Guwahati. Before assuming his office in Guwahati he was a First Secretary to the Bangladesh Embassy in Bangkok, Thailand and prior to that he was First Secretary to the Bangladesh Permanent Mission to the United Nations in Geneva, Switzerland. Mr. Murshed holds a Masters in English Literature. He has also a degree on International Humanitarian Law in Armed Conflict jointly awarded by Graduate Institute, Geneva and Universite de Geneve, Switzerland. He was born in 01 February 1982 and considered as one of the youngest Heads of Mission in the Bangladesh diplomatic missions abroad. Mr. Murshed is an expert on repatriation and consular related matters. 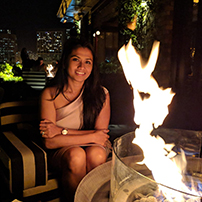 
Ivy Huq Russell is the CEO & founder of Maya. After becoming a mother for the first time, Ivy originally founded Maya in 2011 as a blog for mothers in Bangladesh. Through her personal journey she experienced first hand the challenges faced by women in Bangladesh when trying to access the information and advice they are looking for. These can range from geographic and financial barriers all the way to socio-cultural. After partnering with leading NGO, BRAC, the Maya service officially launched in Bangladesh in February 2015 with a clear mission to provide women with the information they are looking for, when they need it. Maya is an intuitive, anonymous messaging service that connects its users to qualified experts on health and mental health issues and each other. The service is available on app, web and recently in messenger. We have plans to expand abroad very soon. Ivy grew up in Bangladesh before pursuing her higher education in England. She completed her MSc. in Finance and Economics at Warwick Business School, before spending a number of years as an Investment Management & Hedge Fund professional at leading firms including HSBC, GAM and Barclays. She currently divides her time between Bangladesh and San Francisco, where she is based with her husband, Bickey and 2 children, Ameena and Emir. 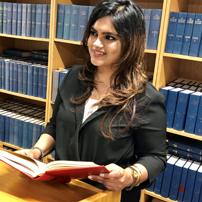 
Fatemaa Waariithah Ahsan is a Barrister, called to the Bar of England and Wales by the Hon?ble Society of the Inner Temple. She is the founder of ?No Passport Voice?, a charitable organisation in Bangladesh. Ms Ahsan comes from a political and business family in Bangladesh and followed the family?s tradition of contributing to the society in the interest of the people since her return to the country after nine years of formal education in England. She writes and speaks on public & legal interest, gender equality, current affairs. Her writing has been published in national & international forums. She has also taken part in talks in London, Edinburgh, Bangladesh, India, Thailand, Singapore, Malta. Miss Ahsan has pursued an LL.M degree in International Commercial Law from City University of London and a Masters degree on International Studies & Diplomacy from SOAS, University of London. She is an accredited Civil & Commercial Mediator. Prior to starting her career in Bangladesh in 2017, Miss Ahsan has worked with various local authorities, educational institutions, charities etc in London and brought her breadth of knowledge and experience to her career in Bangladesh. Currently she is authoring her debut book on women?s health. 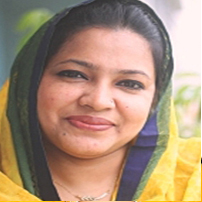 
S. Ayesha Akhtar Jahan is a successful woman entrepreneur in the RMG sector in Bangladesh. She is one of the founder member of Renaissance Group, which is a conglomerate of diverse business activities with major concentration in readymade garments manufacturing. The group employs a staggering 25,000 people to run its operations. Ayesha Akhtar Jahan is also involved with a large number of volunteer/charitable organizations located throughout Bangladesh. She runs a free school, a community clinic, and a shelter house for the orphan and underprivileged girls. She is the Director of Chittagong Women Chamber of Commerce & Industry (CWCCI), General Body Member of FBCCI, and Executive Committee Member of SAARC Chamber Women Entrepreneurs Council. Ms. Shahnewaz Ayesha Akhtar Jahan was born in 1973. She has done her Bachelor & Masters degree in Islamic History, then completed her MBA from North South University Dhaka, Bangladesh. Ms. Ayesha also completed Management Development Program (MDP) Course on ?Supply Chain Management? from IBA, Dhaka University and CAPSTONE Course from the National Defence College (NDC) under Bangladesh Army. She is now studying her PhD in SEGi University in Malaysia. In personal life she is married and is mother of 3(Three) children. Her husband Md. Shahriar Alam is a renowned businessman and the Honourable State Minister of the Ministry of Foreign Affairs for Govt. of the Peoples Republic of Bangladesh. 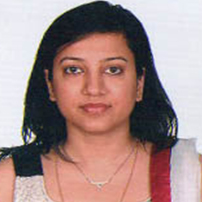 
Mantasha Ahmed was born in 1979. She completed her Master in International Relations and Contemporary Politics from University of Westminster, London. She is the mother of 1 (One) Child. Her husband Mr. Shahed Muhith is a renowned businessman in Bangladesh son of Former Finance Minister Mr. Abul Maal Abdul Muhith Government of the Peoples Republic of Bangladesh. In 2008 she first started her business as a small scale business named Reela?s Fashion Boutique. The primary expense to establish Reela?s Fashion is the invention of Mantasha Ahmed which gradually came to its present state from the constant monetary investment from her own fund and also grant and loan from her family members who contributed greatly to the expansion and setup of her business in retailing all over Bangladesh with the establishment of a complete Manufacturing retailing house on boutiques and fashionable dress materials through a dedicated supply chain. Reela?s Fashion is a leading manufacturer of fashionable ladies items of the finest model. They are the front runners in the manufacture of Styles and Design of all types of textile items of the latest standards. Besides, in 10 years of business carrier she has established more other business like STELA Bangladesh a fashion designing training project where maximum employees are women. Now she is renowned as a very successful business women in Dhaka as well she is the Director & Member of Chittagong Women Chamber of Commerce & Industry(CWCCI). She has also visited and participates in many trade fairs and business meeting locally and internationally. 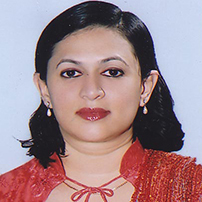 
Savina Ekram Shirajee was born in 1971. She completed her Bachelor Degree in Arts from Govt. Women?s College. In personal life she is married and she is the mother of one child. Her husband Mr. Md. Nurul Alam Seth is a renowned businessmen in Bangladesh. Savina Ekram Shirajee is the proprietor & CEO of SAVINA?S KITCHEN. She is a successful women entrepreneur in the trade of Food Products & Catering supplier, interior decoration and designing business in Bangladesh. She is a potential women entrepreneur and capable lady to run her business smoothly and has good capability and communication among the business community. She maintains a very strong marketing network. She visited various countries home and abroad in business purpose. She bears a strong and good support from her husband in various business trade and activities. She has started business from the year 2000. Her business arena is mainly involved with hygienic food, specialized bakery items and fast food products. She is also dealing with interior design and decoration works in Bangladesh. Presently she is a renowned and successful business woman in Chittagong as well she is the Former Director and Member of Chittagong Women Chamber of Commerce & Industry. She has also visited and participates in many trade fairs and business meeting locally and internationally. She completed various type of short courses in Business Management, Fashion designing, Catering, Chamber Management Etc. She has received many awards from home and abroad like International Women Entrepreneurial Challenge Awards (IWEC)-2012 in Spain, Master Chef Award-2016 in Bangladesh.